Established in Meiji Era
The traditions of warm and friendly hospitality

Established in 1884 Meiji Era, we are proud of our long heritage, and to this day we strive to carry on the traditions of offering warm and friendly hospitality to our valued guests. The name Haiya means “house of ash”, and is a tribute to our ancestors, who produced the fine, exquisite ash used in the dyeing of garments for actors in the kabuki and Noh theatre. At Haiya, there are 4 main buildings, each with its own unique characteristics and atmosphere for guests to enjoy. 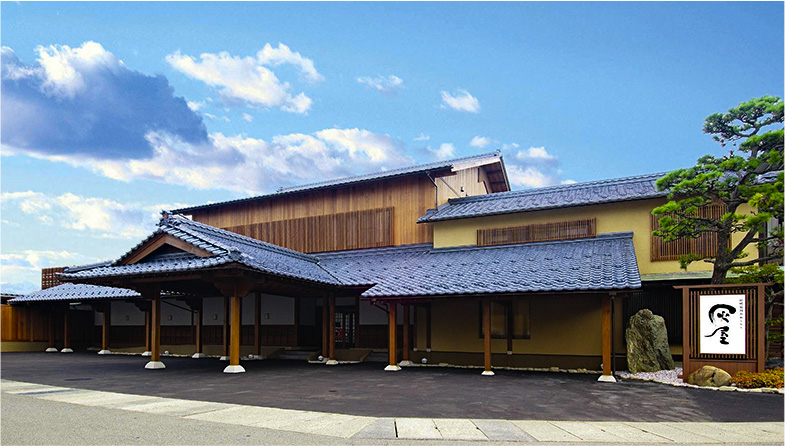 Hokuriku Shinkansen bullet train is to be extended to JR Awara Onsen Station, the closest station to Haiya in 2023.
It will provide convenient access from Kanazawa and it takes less than 3 hours from Tokyo to Awara Onsen.

Haiya in Awara Onsen is conveniently situated in the Fukui, Hokuriku. Ideal for a base for touring around eastern and western Fukui and southern Ishikawa.
Gotanjoji the Cat Temple in Echizen City is close from our ryokan. This temple has become famous nationwide as the “The Temple of Cats”, as it looks after up to 80 stray or injured cats at a time. Annually, about 30,000 cat lovers from around the country visit the temple.
Tojinbo, 20min by car is one of Japan’s most famous scenic beauty spots. It consists of a spectacular series of steep, rocky cliffs that stretch for about a kilometer along the coast.
Yatai-mura Yukemuri Yokocho in front of Awara-Yunomachi Station is a must-visit food stand village. There is a row of food stalls called Yukemuri Yokocho, lit up by traditional red lanterns at night. Various types of food can be enjoyed here such as oden, gyoza, noodles, and more. At the tourist Information Center, bicycles can be rented from the tourist office in front of Awara-Yunomachi Station, allowing visitors to enjoy an invigorating ride around the Awara countryside. 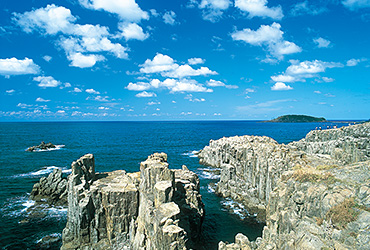 Tojinbo is a rugged cliff with spectacular view on the coast of the Sea of Japan. Visitors can also ride on pleasure boats affording views of interestingly shaped rocks such as the “lion rock” or the “candle rock”, while the shopping arcade sells the freshest seafood of the season. 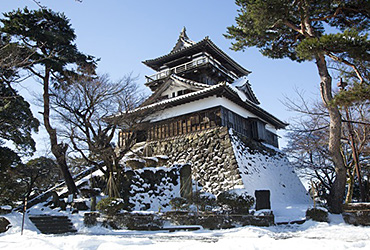 Maruoka Castle is one of the oldest castles remaining in Japan to have survived the post feudal ages with its castle keep (donjon) intact. Known as the “misty castle”, due to legends telling of thick mist hiding it from approaching enemies, the castle is at its best in spring when 400 cherry trees are in full bloom. 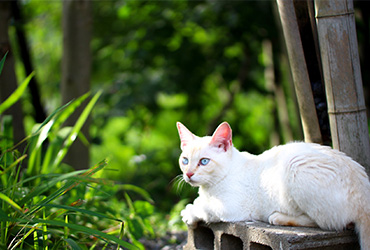 Situated in Echizen City, this temple has become famous nationwide as the “The Temple of Cats”, as it looks after nearly 100 stray or injured cats at a time. Annually, about 30,000 cat lovers from around the country visit the temple, looking to feel spiritual relaxation in the company of the cats. 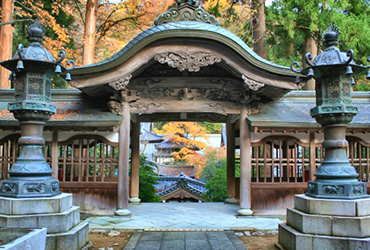 Eiheiji Temple attracts attention from home and abroad as the head temple of the Soto sect. Many monks practice rigorously here. Beautiful temple architectures and events such as lantern festival called Toro Matsuri are attractive. 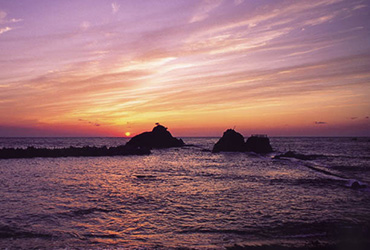 The Echizen coast stretches from the rocky cliffs of Tojinbo in the north to Suizu in Tsuruga in the south. It is characterized by scenic rocky cliffs and places of natural beauty, such as the huge rock-arch called Kochomon. 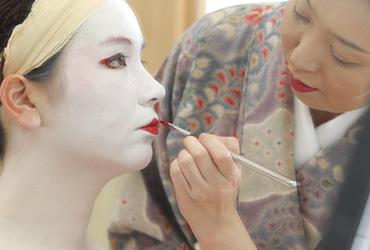 You will be transformed into a longing geisha and maiko! Awara Geiko are the centerpiece tradition of Awara Onsen. Valuable and memorable experience. * Advance reservation required.